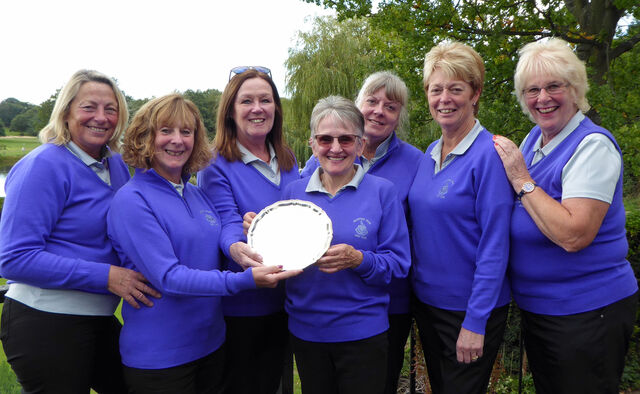 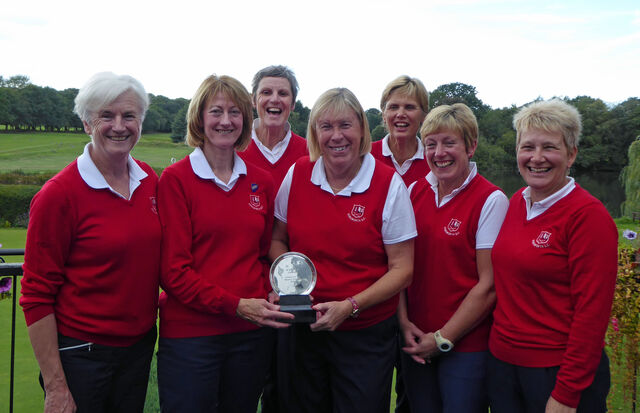 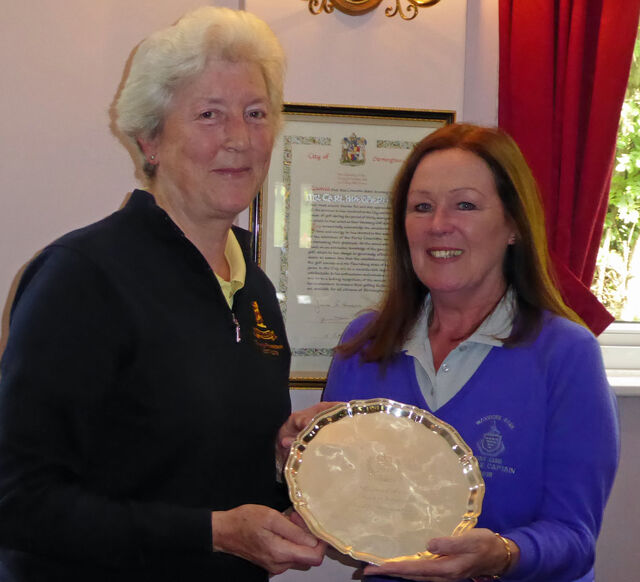 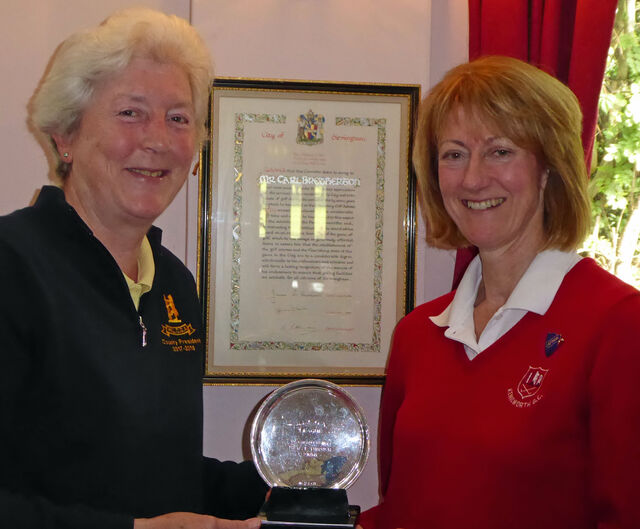 Handsworth Golf Club was once again the venue for the County League Final which took place on Monday 24 September.  In fantastic autumnal sunshine with a little breeze, conditions were just perfect for this annual battle to become Warwickshire Ladies' League Team Champions.  The participants this year were Kenilworth Golf Club (Liz HIGGITT nee Brown (Team Captain)-Maggie SMITH (Lady Captain)-Alison SEYMOUR MEAD-Brenda SPARROW-Jane ADAMS-Cath HOARE-Sue DRAPER) against Maxstoke Park Golf Club (Sheila CARDWELL-Marie SWINDELLS-Carol BANCROFT-Barbara WOOLLEY-Glenda LORAM (Team Captain)-Ella BLAKE-Georgie KENNETT.  Both clubs had been in previous finals - Kenilworth as Runners Up in 2017 and Winners in 2016 against who else but Maxstoke Park.  A bit of needle in this year's final then as Kenilworth would like to made amends for losing out to Olton last year, whilst Maxstoke were ready to turn the tables on Kenilworth for losing out in 2016.  This match shouid be a corker!!

Handsworth course looked to be in excellent condition but with the weekend rain softening the fairways and greens this could prove different for the players who have been used to playing on hard surfaces throughout the summer.  Greens were putting very true though.

First out at 10.30 with County President, Caroline LASSEN announcing the players on to the tee and with Kenilworth winning the toss and deciding that they would drive off first in all 7 games, it was Lizz HIGGITT who was drawn against Sheila CARDWELL, who received 1 shot.  Up and down for the first 9 holes, Sheila then moved forward to go 3up, which Liz quickly pulled back to 1up after 14 holes.  Sheila then put in that extra effort, eventually winning her game 2 and 1.  First bragging rights to Maxstoke!!

The second game was extremely tight, this one between Maggie SMITH and Marie SWINDELLS, with Maggie receiving 2 shots.  Maggie was 2 up after 8 holes, but was pulled back to 1, when Marie hit an excellent chip close to the pin on 9.  On the 15th Tee though, the match was All Square with Marie eventaully pulling away to go 1 up standing on 18th Tee.  The 18th was very tense as the two players concentrated hard for their side, and the hole was halved thus giving Maxstoke a win of 1up - 2 games to Maxstoke.

Alison SEYMOUR MEAD played Carol BANCROFT in game three, receiving 3 shots from Carol. Again a close match as Carol won the 9th to go 1up with Alison pulling back to All Square after 13.  14th was won by Alison who sank a long Birdie putt to go 1up, a lead she did not lose again, winning her match 2 and 1. Kenilworth pull back 1 game.

In game four Brenda SPARROW received 4 shots from Barbara WOOLLEY.  Barbara was certainly on form today, going 2up after 9 holes and increasing that lead to 3up after the 14th.  They halved the 15th with Barbara eventually winning on 16th.  3 games to 1 to Maxstoke, can Kenilworth pull it back?

The next two games made the situation much more tense!  Game 5 saw Jane ADAMS receiving 2 shots from Glenda LORAM and after 9 holes, Glenda was 3 down.  She pulled back to 1 down but then having to give a shot on a Par 3, lost this hole to return to 2 down.  After the 14th Jane had successfully continued her winning streak and was 3 up, eventually winning the game 4 and 3.  Only 1 game in it now to draw level!!

Cath HOARE playing Ella BLAKE with no shots in this game, came out of the blocks so quickly that after 9 holes she was 4 up.  Winning 2 more holes, Cath won this game 6 and 5, a conclusive win, meaning that the games now stood at 3 each!!

At about the same time as the second match finished on the 18th, in the final match between Sue DRAPER and Georgie KENNETT, with Sue receiving 3 shots, Georgie won her game 4 and 3.  She was 4 up after 9 holes and try as she might, Sue was unable to pull back the defecit, eventually losing 4 and 3.

A really close run match, played in excellent spirits, with the 2018 victors being the Maxstoke Park team.  How delighted they were and guess what - the champagne flowed during lunch!

County Captain, Julia BURTON thanked Handsworth for allowing Warwickshire to play the LEAGUE Final there and passed over to President Caroline LASSEN to present the Salvers to both Team Captains.  Glenda as Maxstoke Team captain, thanked everyone - her Team, the Opposition, the County, the Caddies, Handsworth etc - and said how pleased she was to have played in the final where Maxstoke had come out the Champions.