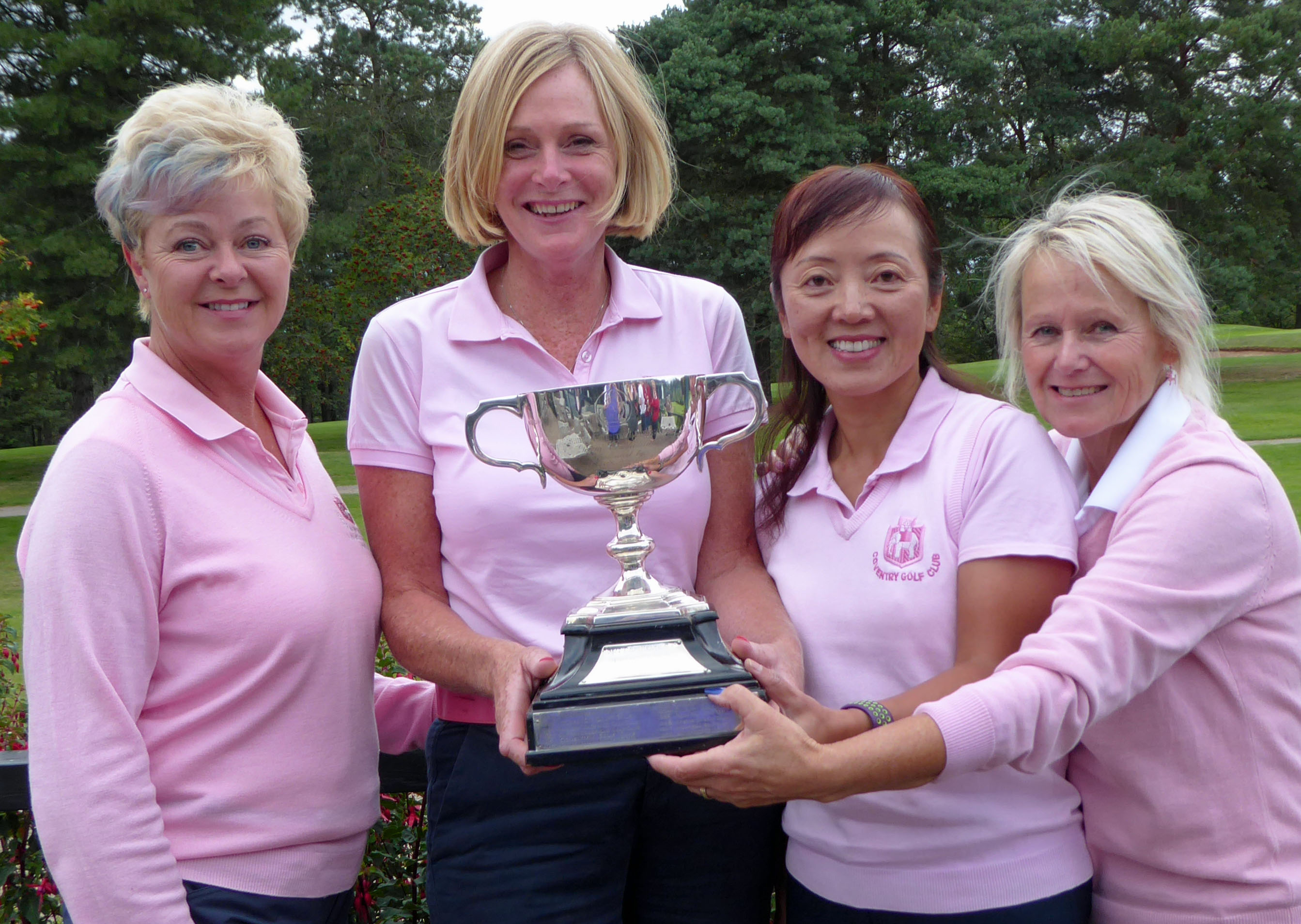 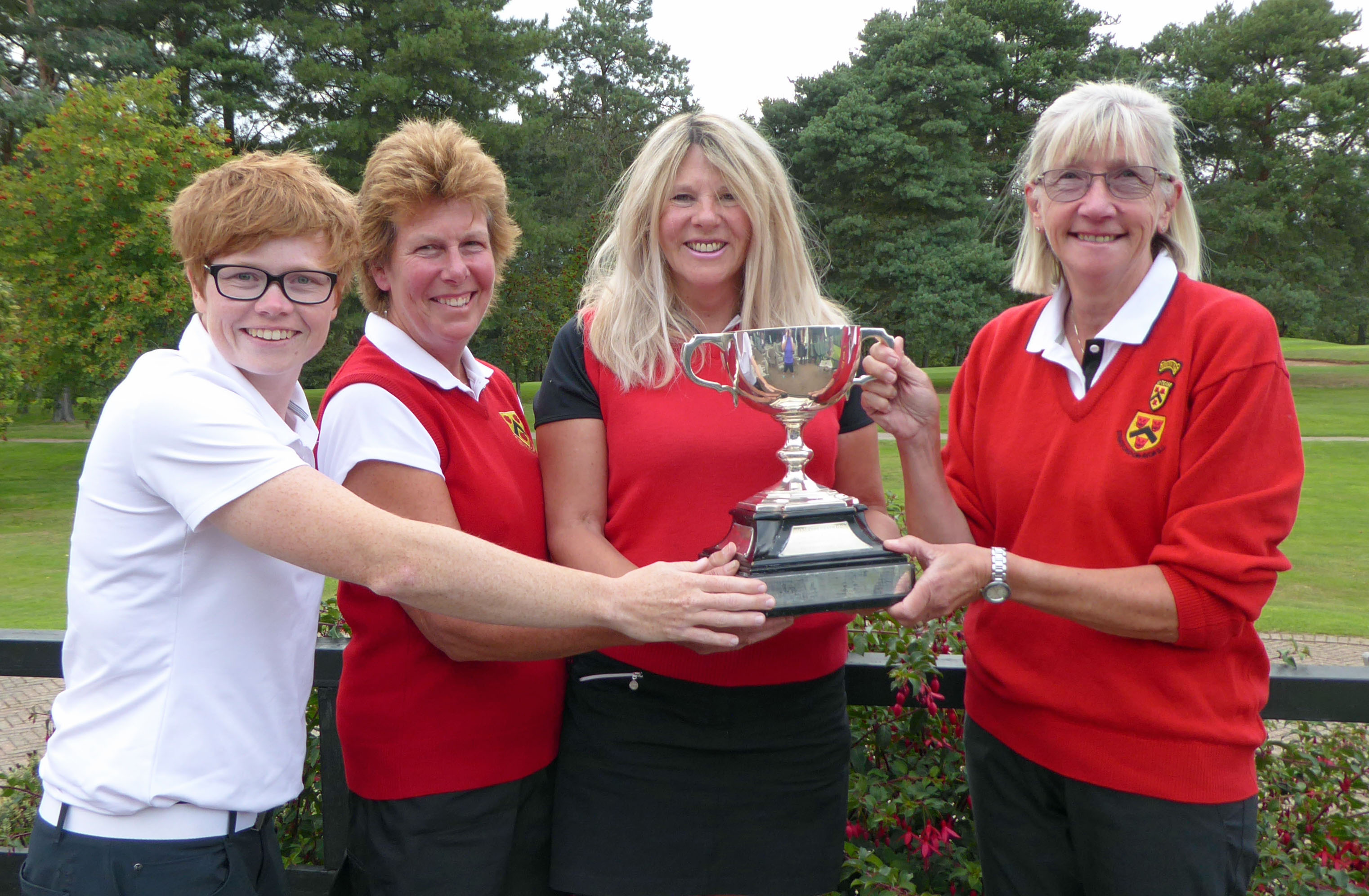 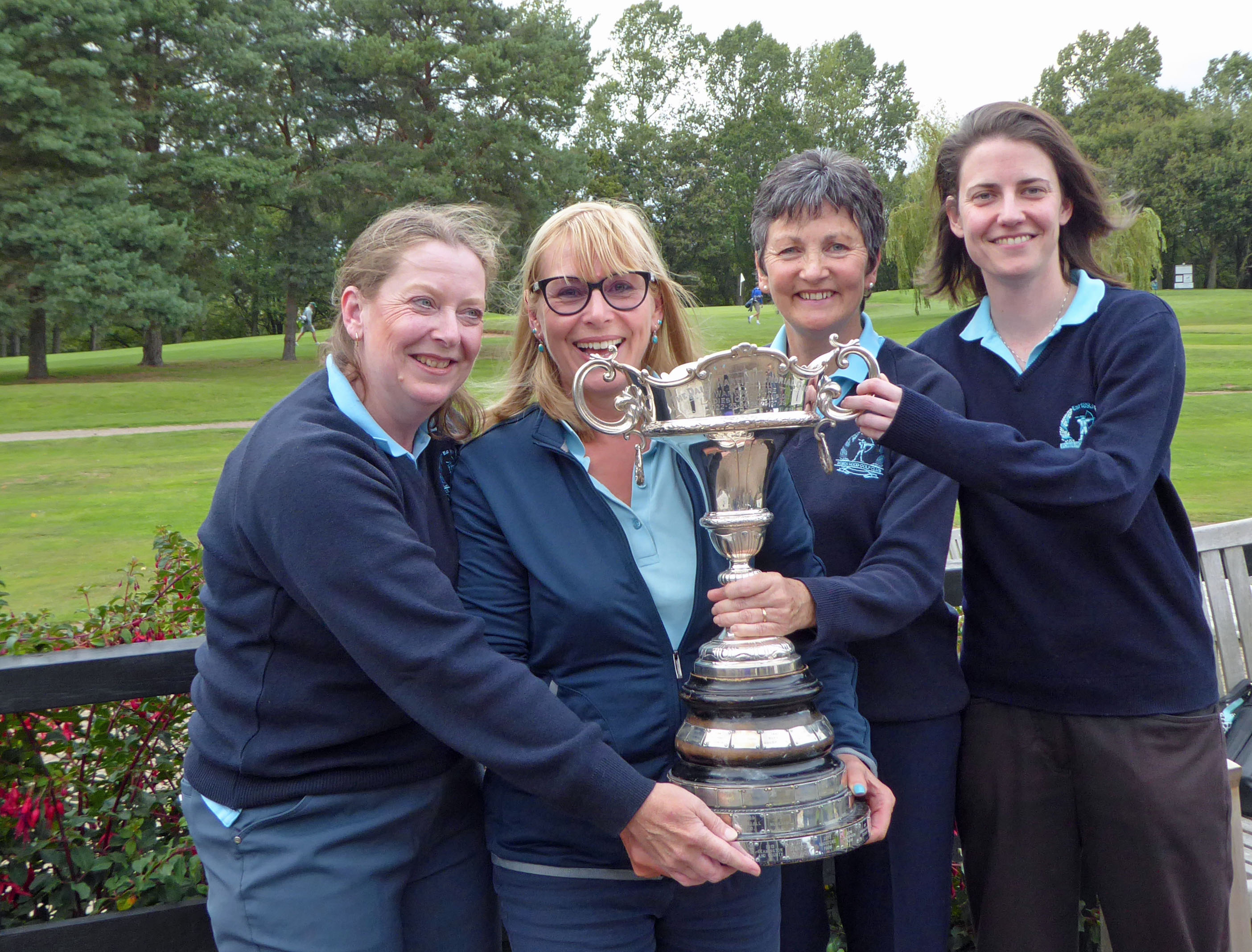 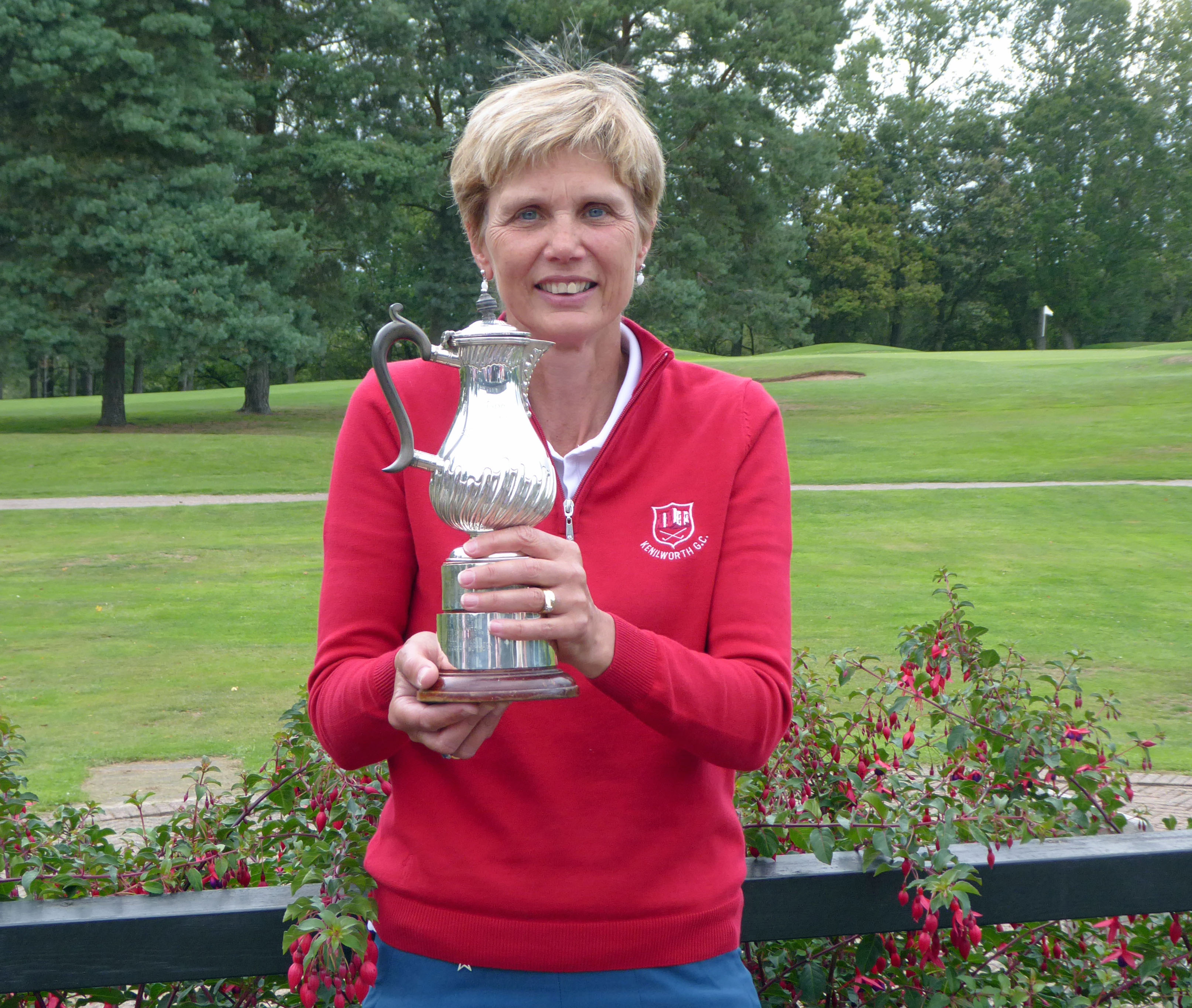 On Wednesday 4th September the Ladies Team Championships took place at Kenilworth Golf Club with 100 Competitors taking place from  20 Golf Clubs within Warwickshire.  The format of this annual event is that each Club has a team of 5 players to represent them playing Medal Strokeplay, and when all scores have been recorded, the highest recorded score from each team is deducted from the total, producing both Gross and Nett winners.  The Chipman Cup is awarded to the Gross winners with the Daisy Hartill Trophy going to the Nett winners with an additional Singles prize, the Veronica Anstey Trophy awarded to the lady with the lowest Singles score.

Kenilworth Golf Course had been presented beautifully with great definition between fairways and rough and with the fairways having recovered fully from the drought of 2018 the whole course looked good, though the rough was difficult to get out of.  Bunkers were raked well and the Greens, well they were very fast and extremely tricky - balls did not hold one way then they ran through on the return and with some very intricate pin positions, everyone found the greens quite difficult to manage.  Then there was the wind!!  My did it blow hard and I don't know if it was my imagination, but it seemed to me that it was in our faces more than behind us!!  One good thing though was that we did not get wet.

When players were returning their scores, they were very hesitant as most thought they had done really badly, only to find that there were many worse than their own.  As in most competitions there is always someone who was able to overcome the difficult conditions and that person was Jane ADAMS, a home player who managed a magnificent NETT 71 - how envious we all were.

When all scores had been recorded the results were as below, with the Gross prize  being shared between two Clubs - Coventry GC and Stratford upon Avon GC - well done to both teams who came in with Gross scores of 353 and thus won the Chipman Cup, presented by County President Anne PARRY.

For the NETT winners, the Robin Hood GC team won with a score of 317 winning by a small margin of 1 shot from Kenilworth GC, so the Daisy Hartill Trophy was presented to them, again by Anne Parry.

Jane Adams from Kenilworth GC was then presented with the Veronica Anstey Trophy for her magnificent score, beating all other 99 players.

Liz Clarke, Lady Captain at Kenilworth made a belated welcome to Kenilworth GC prior to the Prize Presentation stating how proud the club were to be hosting such a prestigious event and hoped that everyone had enjoyed their day.  Anne Parry replied thanking all at Kenilworth for their help prior to and during the day whioch was much appreciated.  The highlight of the day with loud shouts of joy, was when the CSS was announced as 76 resulting in Reductions only to handicaps!!